Emily Gernild’s painting practice often focuses on the everyday things, we surround ourselves with in the home. These objects appear in glimpses in her compositions, serving as the key to bringing us deeper into the paintings. Fabulation is constant in her work, which vividly encourages you to continue looking. Gernild’s ability to combine the familiar with the abstract while also achieving a compositional balance is something special. The viewer is invited on a voyage of discovery inside the work, precisely because – in spite of the sheer saturation of content – it ends with a compositional balance. The objects in Gernild’s works are often everyday and simple. Sometimes you can discern a classic still life, but your gaze shifts immediately into the uncontrollable space. She often returns to a familiar shape and uses it as the starting point for a new narrative, thereby giving the viewer the chance to interpret the shape as something different from the form it took in the original object. The organic is repeated in Emily Gernild’s works, both in the objects she bases them on and in the shapes that surround these objects.

Emily Gernild is also fascinated by the body and its various parts, often painted with a single line to indicate the shape of the body, head, torso or arm. The works are in various muted colour palettes. As an artist, Gernild is interested in dreams and shadow emotions such as anger, envy, grief, etc. and how the energy that is generated by these emotional states can act as a stimulus. Gernild’s set of motifs acts like an internal landscape that is built up from just a few figurative elements. The raw, unprimed canvas is often used actively as part of the composition. It is clear that the rabbit-skin glue technique, which Gernild learned during her studies in Düsseldorf, has had a huge influence on her current work.

Emily Gernild’s work will be shown in a separate exhibition in the gallery in 2022.

Emily Gernild is also represented by SCHWARZ CONTEMPORARY in Berlin. She is taking part in the exhibition Flowers in Art at Arken Museum of Modern Art that opens on 4 September 2021.

Emily Gernild (born 1985) lives and works in Copenhagen. She trained at Funen Art Academy and Düsseldorf Art Academy during the period 2010-2016. 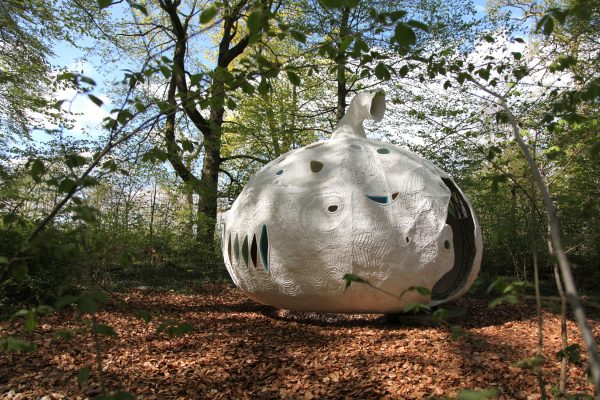 29.04.2022
Solo Exhibition: Peter Linde Busk // Wanås, Sweden // May 7
Read more
We use cookies on our website to give you the most relevant experience by remembering your preferences and repeat visits. By clicking “Accept”, you consent to the use of ALL the cookies.
Cookie settingsACCEPT
Manage consent